these terms and conditions govern membership in issa, and all of its affiliated organizations, subsidiaries and divisions thereof including but not limited to ieha, arcsi, cmi, cmm and issa canada (collectively “issa”), and form a legal agreement when your membership application is accepted by issa.  you understand that the rights and benefits of membership, and these terms and conditions, begin only when you have been notified that your application for membership has been accepted by issa, and only for as long as you are an issa member in good standing.

consistent with issa policy, the issa member logo may be used to indicate your membership in issa on letterhead, stationary, catalogs, websites and other similar collateral literature.  the issa name and logo may not be used in any way as to represent approval, endorsement or certification of a product or service offered by you.

the issa name and logo are the property of issa and may only be used by a member of issa during that member’s period of membership.  upon any termination, expiration, cancellation or suspension of your membership in issa or the term of this agreement, you must discontinue all use of the issa name and logo.  in addition, issa has an absolute right to terminate, cancel, suspend or withdraw this license at any time.

this agreement shall be governed by and construed under, and the legal relations among the parties hereto shall be determined in accordance with, the laws of the state of illinois, excluding conflict-of-law principles that would cause the application of the laws of any other jurisdiction.

this agreement is the entire agreement between you and issa relating to the subject matter herein and supersedes all prior and contemporaneous oral or written communications, proposals, and representations with respect to its subject matter. 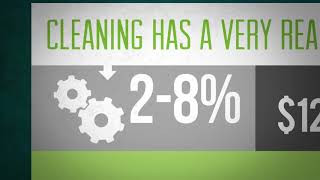